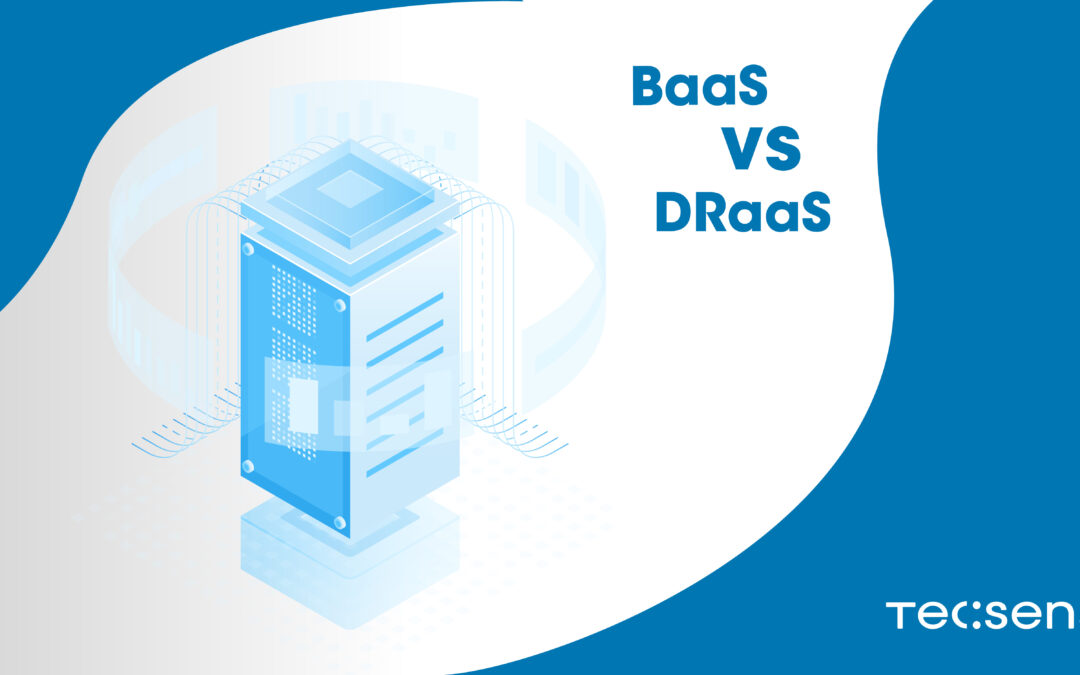 The cloud has meant a 360º turnaround for companies’ processes, and its simplification and cost savings may be one of the main reasons for this. But what about security and the elimination of cumbersome hardware, paperwork, offshoring, availability? then there is no doubt that it is the best option available today. As we have seen in previous posts, the Cloud Computing is a term with many possible applications. This time we focus on BaaS vs DRaaS two systems for backing up data, files etc.

BaaS (Backend as a Service) or commonly known as Backup, is a managed backup service. This allows companies to outsource the process and even reduce costs by including the necessary repositories, software, administration, administration, restoration, replication and perhaps most importantly maintenance.

Company A has suffered a power surge and its server has stopped working, this company had all its data hosted on this server.

Total loss of your company’s information.

By regularly backing up to the Tecsens Cloud, company A has been able to restore its information to a new server in a short time and continue its business as normal.

DRaaS (Disaster-Recovery-as-a-Service) is a disaster recovery plan,a service that allows companies to recover in a minimum time data and applications critical to the continuity of their activity. Thanks to the infrastructure provided by the external Cloud provider, downtime is almost non-existent.

An ecommerce business suffers a power outage and only has access to the Internet via 4G, so their ERP is not accessible and they need to continue their business as they are making a lot of sales every minute.

1. What would have happened if they didn’t have DRaaS?

The ecommerce would have suffered a total service outage, bringing potential sales to a complete halt.

2. If you have a DRaaS plan

By having a planned DRaaS and thanks to the 4G connection, the ecommerce has been able to set up its replica in the Tecsens Cloud and through secure connections and in a matter of minutes continues its activity normally with full access to its ERP.

Do you identify with any of the scenarios?

How to differentiate between BaaS and DRaaS
Private Cloud architecture and types
Private Cloud, your company in the cloud
Types of SSL Certificates