5 Reasons to Use a VPN 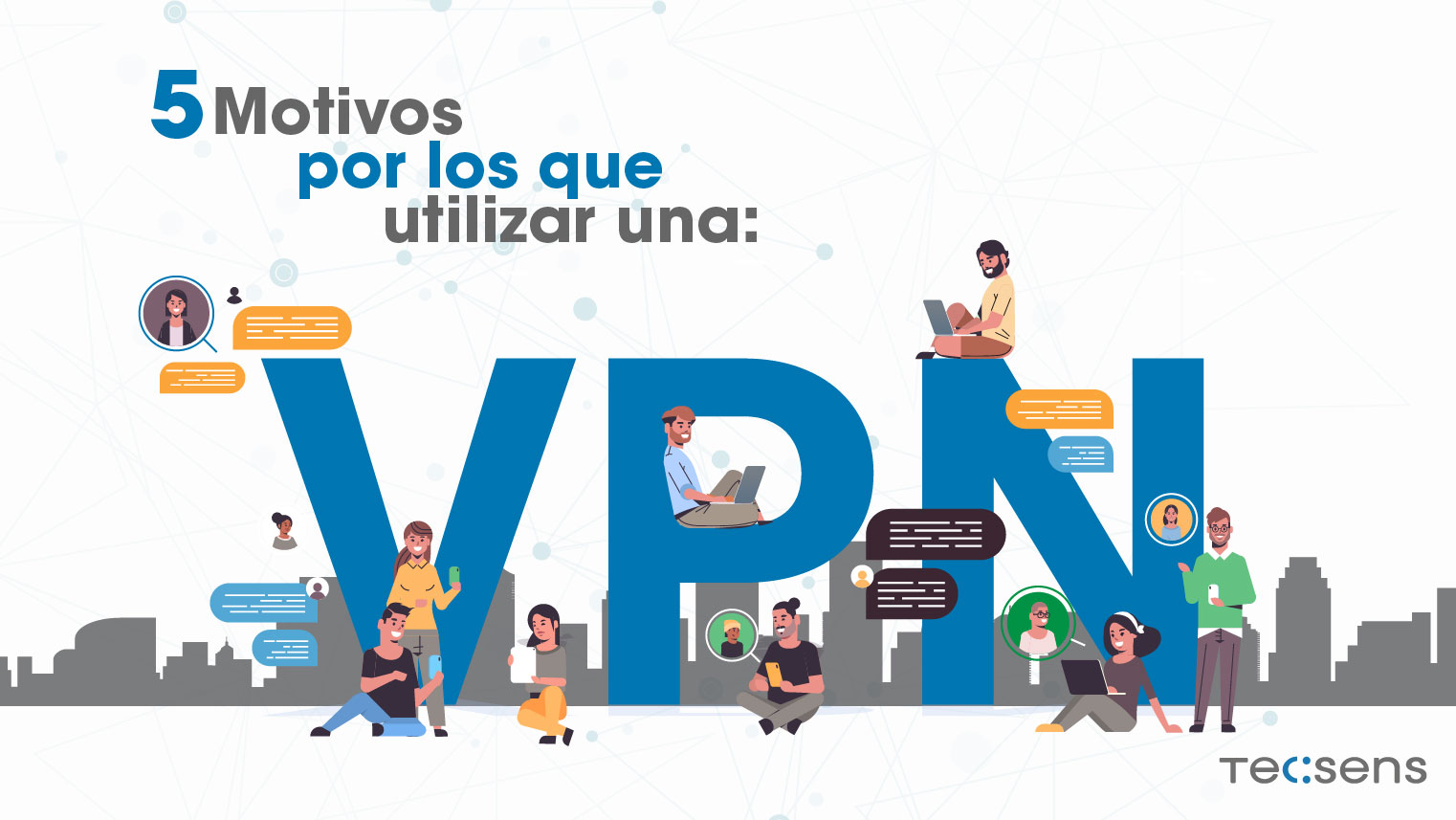 Before the boom in telework, many people faced the great challenge of working outside the office through unsafe connections. Travel, meetings and other everyday situations could be a threat. Faced with this the best solution has always been the use of a VPN. But what are the 5 reasons to use a VPN really?

What is a VPN?

A Vpn (Virtual Private Network) is technology that allows you to connect one or more computers to a private network over the Internet in an encrypted way. While this is not new, it has once again boomed in recent years because of the current situation and the growing concern of users for their online privacy and cyberattack threats.

How does a VPN work?

To understand how a VPNworks, you first need to understand how a connection is generated. We can represent it as a route with a start and end, and with different checkpoints where information packets travel (PPTP protocol).

However, when using a private network, an encryption and authentication layer is being applied to that route, to protect the network traffic through which the data travels. This technique is called VPN tunneling and as its name suggests is to create a kind of tunnel or communication channel within a computer network.

In this way, what is really happening in communication is that the data being sent is covered. Each of the intermediary nodes involved in the process will interact with the packet, but only at the end of the communication will the information be revealed and decrypted for use.

For its part, the authentication layer will verify the identity of users and restrict access to those who are not authorized.

There are several types of VPNs,which depending on the needs of each organization will determine the choice of one architecture or another.

· Access VPN: They allow a direct remote connection to the local home or enterprise network, and access to all shares as if it were physically at home or in the company.

· Point-to-Point VPN: They allow you to connect remote offices to an organization’s headquarters and have access to all the shares, as if we were physically in all of them. The VPN server is the one that has a permanent link to the Internet, accepts all connections that come from the sites, and establishes the VPN tunnel through a type of encryption and authentication.